We've noticed this is not your region. Redirect me to my region
What do you want to learn today?
Back to Courses

We are conducting a "One Day Dairy Workshop" at our farm for dairy enthusiasts and would like to invite you to attend the same and help you to decide if Dairy Farming is the right profession for you. Please note that the batch size would be limited to 6 with first come first serve basis and this would be a full day workshop ending with a tour of our Dairy Farm.
Who should attend: Those who are planning to know more about dairy farming and its challenges, Working Professional, Businessmen and Students.
What to expect from Workshop: Understanding the challenges in setting up a Dairy Farm and learning the operational challenges. If you are contemplating about making a shift from your current work life into dairy farming then this workshop would equip you with good information to take that important decision.
Date: 13th October 2018
Training: Commercial Dairy Farming - One Day Workshop
Location: Amrutha Dairy Farms - Haalenahalli, Doddaballapur, Bangalore Rural.
Time: 10:30 AM - 6:30 PM
Fees: Rs.3500/person

This workshop will focus Commercial Dairy Farming practices starting from the life cycle of cattle to the nutrition needs, pros and cons of dairy farming , infrastructure needs, equipment needs, dairy economics and value addition of milk and milk products. The One day workshop will be a theory session and we soon intend to start a two day workshop with a stay at the farm which will help participants to see the farm practices practically.

Amrutha Dairy Farms formally started operations in July 2010 in the Promoters owned land of 3 Acres near Bangalore. The Project was conceptualized by NABARD Consulting (NABCONS) and was funded by State Bank of Mysore.

The Farm was engaged in milk production in the past and was producing 750 lts of milk/day which was supplied to KMF and Hatsun. The farm no longer produces milk as the focus is on rearing young calves. The promoters intend to create a model dairy farm with 20 milch cows for training and display purpose in the near future.

The Farm has produced two batches of 50 best cross bred HF heifers and has sold to selected few farms in and around Bangalore. Currently a batch of 25 HF calves breeding program is going on.

The Farm houses the latest facility for fodder production (Hydroponics System) which is built in RCC structure with a fodder growing capacity of 750kg to 1 Ton green fodder per day.

Amrutha Dairy Farming is involved in training new Dairy Entrepreneurs at the farm facility and so far conducted over 100 Batches in the last two and half years having trained 750 people (Businessmen/working professionals, etc) and over 100 Bank Field Officers and about 500 College and School Students at its facility and in 10 cities. It aims to provide training and consulting to dairy farming aspirants in every city of the country. ...

Login
** To add the schedule/s, download and export the .ics file to your calendar. ** 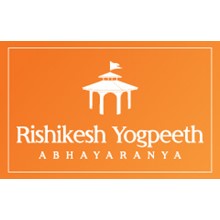